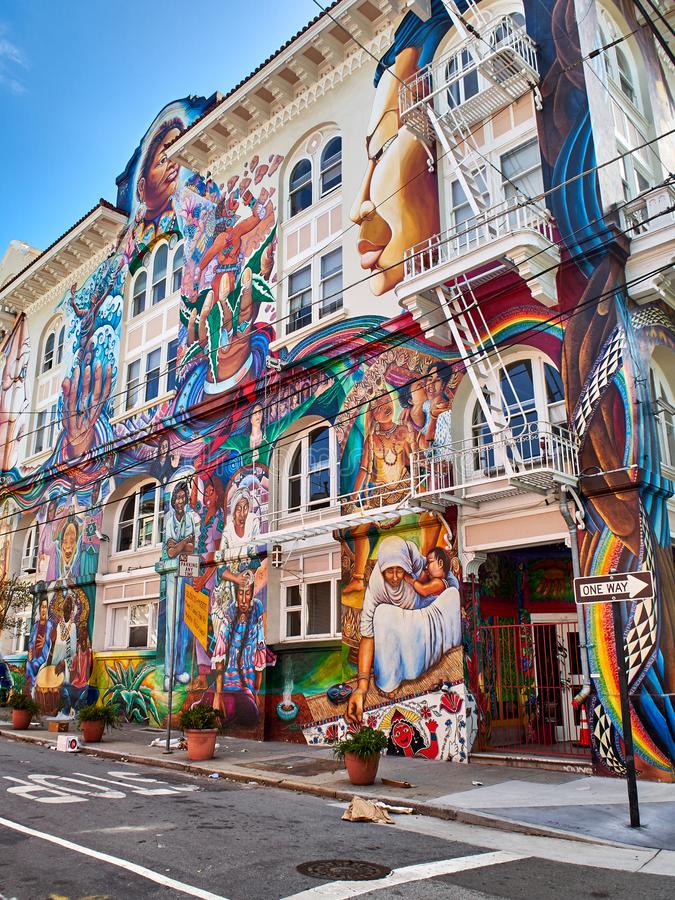 In 1971, a group of visionary women founded San Francisco’s Women’s Centers to incubate emerging Bay Area women’s projects. Having outgrown their tiny office on Brady Street, the group bought Dovre Hall in 1979, a former Sons of Norway meeting hall and neighborhood bar. The women transformed the four-story building into the first woman-owned and operated community center in the country: The Women’s Building.

Fifteen years later in 1994, seven muralists created one of the largest murals in San Francisco: MaestraPeace Mural. This magnificent piece of public art, which covers two sides of our building and reaches five stories high, depicts the power and contributions of women throughout history and the world.

In 1999, TWB underwent an extensive renovation and seismic retrofitting, reopening in September 2000.

“A room of our own… in our own community” – Roma Guy, TWB Founder

Today, The Women’s Building is an anchor institution in San Francisco’s ever-changing Mission District, welcoming 25,000 clients and visitors each year. They come to use our in-house programs and gain access to social services, attend workshops and meetings, take wellness classes, volunteer, hold celebrations, and deepen their community connections.

The Women’s Building is a women-led community space that advocates self-determination, gender equality and social justice.

Since 1971, San Francisco Women’s Centers has represented and been guided by the belief that all women and girls have the right to safe, joyous and creative lives.

Every day at The Women’s Building:

Each year we welcome over 25,000 women and their families, connecting them with social services, community involvement opportunities, the arts, wellness and educational events.

Great volunteers make all of our services possible. If you have a few hours a week, you can help people with a wide range of skills and services that can change their lives for the better!

Stay up to date with TWB

The Women’s Building is a safe place focused on women’s issues. Here everyone can come together and find their own confidence and strength. We offer everyone the tools and resources to create better lives for themselves, their family and their community.

Get Directions
Email Us